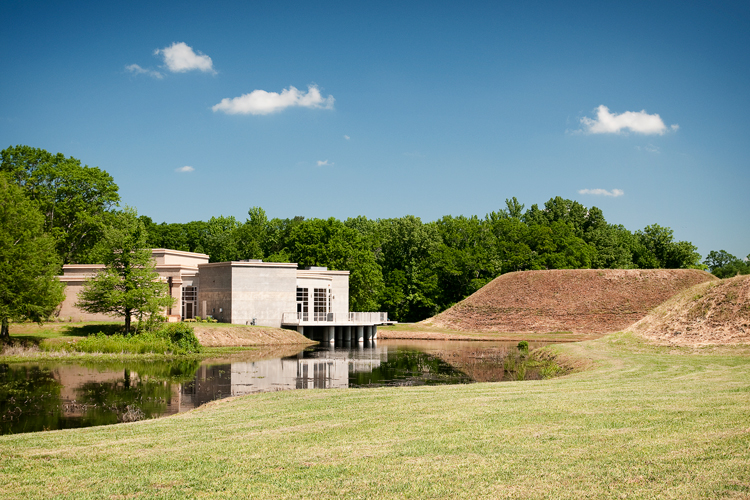 Located on the Black Warrior River 13 miles south of Tuscaloosa, the park preserves 326 acres where, 800 years ago, Mississippian people constructed 29 massive flat-topped earthen mounds, arranged carefully around a vast central plaza. The mounds served as elevated platforms for civic and ceremonial structures and the homes of nobles.

Today, the panoramic landscape provides stunning views of these ancient monuments while the park’s museum displays many of the beautiful treasures that have been unearthed at the site, including the famous stone Rattlesnake Disk. The park also features a half-mile nature trail, picnic areas, scenic views of the Black Warrior River, and a campground.